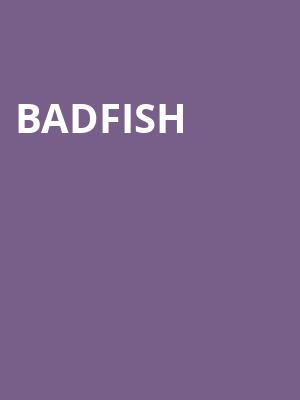 Photo by Lee Blanchflower on Unsplash

A tribute band to the music of Sublime, Badfish try to emulate their heroes by attempting to combine reggae, hip hop, funk, punk, and ska. This blend may sound odd but the combination of all these styles creates an electric atmosphere which will have you singing along without realizing why and the band turn in such convincing performances to make their heroes proud!

Formed in Rhode Island in 2001, this five-member group captures the energy and sound of Sublime, delivering their music and their legacy with skill and respect. Heading out on multiple dates a year, this is one tribute act you don't want to miss.

You may be required to have had a COVID vaccine in order to attend this performance or show proof of a negative test. Please contact the venue directly for more information on this.

Seen Badfish? Loved it? Hated it?

Sound good to you? Share this page on social media and let your friends know about Badfish at The Westcott Theatre.