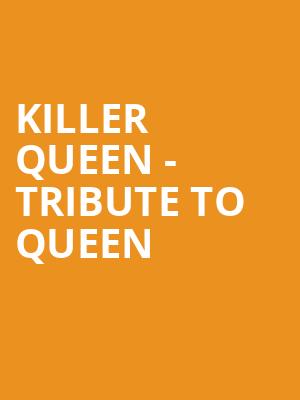 The best thing since Queen

A Show Freddie would have been proud of

When a tribute band sell out the same arenas their subjects did, you know they're onto something, and that is just the case with Killer Queen, a bunch of British superfans who've made celebrating their idols into an art form.

Led by charismatic Freddie Mercury-look-and-soundalike Patrick Meyers, what started as a one-night thing has now spanned over 25 years and been welcomed the world over due to smashing attention to detail, energetic performances and of course, the most brilliant back catalog to draw upon.

With Freddie's trademark charm, Brian May's incredible curls and much much more, don't miss the band many say is the closest they've ever seen to the real thing!

they were really good. i would have liked to see them in a bigger venue... more

Sound good to you? Share this page on social media and let your friends know about Killer Queen - Tribute to Queen at Landmark Theatre.